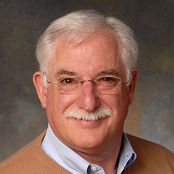 Dr. Collins is an Emeritus Professor of Medicine University of Minnesota, past Director of the United States Renal Data System from 1999-2014 and past President of the US National Kidney Foundation 2006-2008. He has received the American Society of Nephrology Belding Scribner award in 2014 for his clinical career in advancing care for kidney disease patients. He has led the NxStage Medical Advisory Board since 2014 and served as the Chief Medical Officer since 2017. He is currently the Senior Chief Scientist in the Global Medical Office of Fresenius Medical Care.